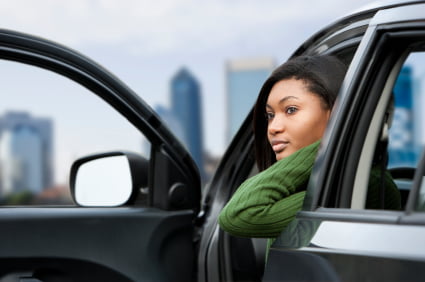 Car Brands: Gen X and Gen Y Not as Loyal as Parents

Researchers in the first survey conclude that younger Americans are far less likely to show brand loyalty to one automaker than are older consumers in the U.S.

Why is this? In a word: technology.

The first study, from the GfK research firm, is called the “GfK Automotive Intentions and Purchases Study.”

GfK looked at Generation X (individuals who were born between 1965 and 1980), as well as Generation Y (people born between 1981 and 1994) and found that each group is far less inclined to demonstrate automotive brand loyalty – mainly because younger adults are not necessarily as into the cars they drive as they are into technology, and things like smart phones, the Internet, or high‑tech entertainment systems at home.

“Automobile marketers must develop a method to reach these consumers and offer them automobiles that may incorporate some of the connectivity technology they consider most important to them,” GfK said in a press release.

The GfK survey does not cite the weak economy as a dominant factor in car brand loyalty – or the lack thereof – among Gen X and Gen Y.

This was surprising to me.

All across America, 20 and 30‑something‑folks are facing huge financial challenges, high unemployment and unprecedented levels of debt. Many individuals between their 20s and early 40s struggle with student loans, credit card payments, and unaffordable mortgage or rent payments. It wouldn’t surprise me at all if these outside influences, in the form of economic pressures, impacted what kind of a car those individuals may choose to drive – and specifically whether they choose to become repeat buyers of certain car brands.

Two other factors may help to explain a lack of brand affinity among Gen X and Gen Y. Perhaps these consumers have seen their parents acting loyal to the death, practically, to one particular car maker, and then not necessarily getting so much to show in return for that loyalty.

It may also be the case that someone 45 and younger who first bought a certain car (perhaps for reasons tied to image, status, etc) has since come to his or her senses and realized that the car of their dreams was more of a nightmare because financially it was too costly.

This could be particularly true for young people who lease cars. Which leads me to the second survey.

LeaseTrader.com just put out some research concluding that frustration over lease prices and policies is what affects brand retention. In a nutshell, LeaseTrader found that if a car’s lease price was too expensive that could impact an individual’s willingess to get the same brand car again. Moreover, data from LeaseTrader suggest that if a person has to deal with unfavorable lease terms that also negatively impacts a consumer’s appetite to becoming a repeat customer of that specific car brand.

Now think about someone in their 20s, 30s or early 40s you know who is really into their car? That’s a person who is probably more likely to lease – if only to have the option to trade up, or have something new, exotic or different every year or two.

As a Money Coach, I’ve heard from many young Americans burdened by high car payments – including those with auto leases of $500 to $800 or more per month.

But even for those who have cheaper leases, what if those people have to deal with unfavorable lease programs and conditions – things like high costs to transfer a lease, or a very lengthy, complex process to get out of a car lease?

Well, that could naturally affect a car buyer’s willingness to lease that same car brand in the future. Indeed, LeaseTrader.com’s findings on brand retention rates did reflect this. It essentially showed that the companies that offered more favorable, and less expensive leases, did in fact have good retention rates (i.e. higher brand loyalty).

Case in point: LeaseTrader notes that Chrysler Group vehicles (Chrysler, Jeep, Dodge) today are leased under Ally Financial, which offers a much more favorable lease program compared with its previous lease finance company, Chrysler Financial. The time-to-transfer rate has shrunk down to just 19.3 days from 75.5 days and drivers are now released from their contract during transfer. Another example: BMW’s lease transfer program takes a scant three days – a big reason why it scores highest among customers in brand retention, according to LeaseTrader.

“Companies with friendlier lease transfer policies are rewarded with high retention rates on LeaseTrader.com,” says Sergio Stiberman, CEO and founder of LeaseTrader.com. “Flexibility and adapting to customer needs are very key in leasing today and customers will stick with a brand simply because its policies allow drivers to exercise their right to transfer on their own terms.”

So a number of factors may help explain why it is that young people may not be as loyal to car brands as their parents’ generation. But one thing is unmistakable: we’re living in tough economic times. This requires automakers to market and promote their offerings in a different way to Gen X and Gen Y – and to be responsive to the overall economic needs and demands of young Americans too.