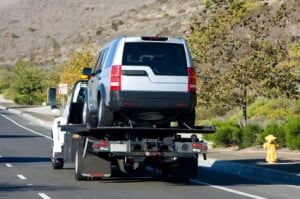 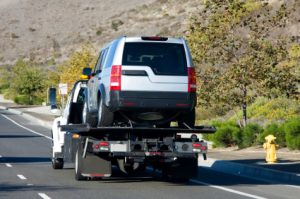 If you’ve been trying to stop the repo man from taking your car, and you paid an auto loan modification company for assistance, you may have been scammed, authorities say.

The Federal Trade Commission has filed charges against two California-based firms that allegedly made false promises to consumers, by claiming that the companies could prevent customers who were delinquent on their car notes from having their cars repossessed.

The companies charged in the auto loan scheme are:

These businesses engaged in what the FTC says were illegal and deceptive tactics.

Among other things, the companies advised consumers to stop paying their car loans, and to pay the car loan modification companies fees ranging from $200 to $799. In exchange, the companies made what they FTC calls “bogus” promises claiming they could get consumers’ monthly car loans lowered by anywhere from 25% to 50%.

Auto Debt Consulting even offered a “100 percent money back guarantee,” saying it would refund customer money if it wasn’t successful in lowering a consumer’s car payment.

But another of the businesses suggested that people hide their vehicles to void repossession.

This should have been a red flag to these car owners that they were dealing with less than reputable companies.

“Now that the FTC and its partners have stopped hundreds of mortgage loan modification scams, fraud artists are moving to another loan modification scam, preying on consumers who are behind on their auto loan payments and facing repossession,” says David Vladeck, director of the FTC’s Bureau of Consumer Protection.

“Despite promising to substantially lower consumers’ monthly payments, these schemes charge hundreds of dollars in up-front fees, leaving financially distressed consumers in worse shape than when they began.”

The FTC is asking the U.S. District for the Eastern District of California to put a stop to the allegedly deceptive practices.

If you need help managing your auto loan, the FTC has a new publication for consumers on the topic. It’s called Ads for Auto Loan Modifications: You May Be Able to Drive a Better Deal with Your Lender.