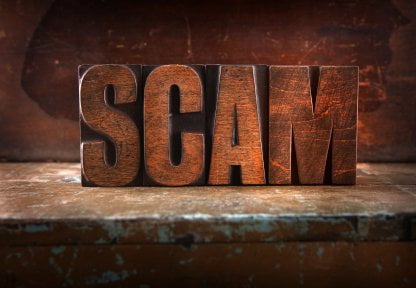 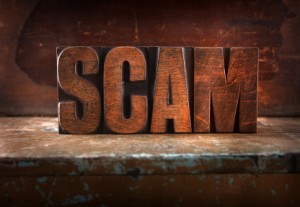 The Federal Trade Commission halted two operations that deceived consumers who were looking for help dealing with their debts, including one firm that tricked people by impersonating federal government agencies.  The two firms agreed to settlements with the FTC that ban them from the business of debt relief services.

As part of its continuing crackdown on scams that target consumers in financial distress, the FTC obtained one settlement against a telemarketer who allegedly pretended to be affiliated with federal consumer agencies, and then steered consumers towards debt relief, tax relief, and mortgage assistance relief services by making deceptive claims.

The other settlement resolves FTC charges against an operation that allegedly billed consumers hundreds of dollars in up-front fees, based on bogus promises to either provide them with a new low-interest rate credit card, or work with the consumers’ existing credit card issuers to lower the interest rates.

The FTC last year charged Christopher Mallett with multiple violations of the Federal Trade Commission Act, the agency’s Telemarketing Sales Rule, and the Mortgage Assistance Relief Services Rule, for misrepresenting his affiliations with federal agencies, misrepresenting that the services advertised on his websites were government-approved, and making deceptive claims while marketing debt relief, tax relief, and mortgage-assistance relief services.

A San Antonio, Texas-based “lead generator,” Mallett promised that the consumers’ debts would be substantially reduced or eliminated, in some cases citing specific percentages, according to the complaint.  Mallett impersonated the FTC by using its official seal and lifting language almost verbatim from its site.  He also created a fictitious government agency – the “Department of Consumer Services Protection Commission” – that appeared to combine two real agencies, the FTC and the Consumer Financial Protection Bureau, the complaint stated.

According to the FTC, Mallett created another fictitious government agency on his website FHA-HomeLoan.info, which featured a picture of the U.S. Capitol building.  He called the agency the “U.S. Mortgage Relief Counsel.”  He also did business using Internet website names such as gov-usdebtreform.net, usdebtcare.net, and worldlawdebt.org.

The settlement with Mallett bans him from engaging in debt relief, tax relief, or mortgage assistance relief services and prohibits him from making any further misleading claims.  It also imposes a $129,695 judgment, which will be suspended due to his inability to pay.  If it is later determined that the financial information he provided the FTC was false, the full amount of the judgment will become due.  The settlement also contains various record keeping provisions to assist the FTC in monitoring Mallett’s compliance.

In January 2012, the FTC alleged that Eric C. Synstad and the Arizona-based company he controlled, Premier Nationwide Corporation, cold-called consumers, promising to consolidate debts on a new credit card with an interest rate as low as 9 percent, or work with consumers’ existing credit card issuers to lower monthly payments and interest rates – in exchange for an up-front fee that typically ranged from $149 to $599.

The defendants claimed the fee would quickly be offset by the savings achieved from services they provided, and promised that if they could not significantly reduce consumers’ debt, they would provide full refunds, minus a 20 percent “processing fee,” according to the complaint.

The FTC charged Synstad and Premier with violating the Federal Trade Commission Act and the Telemarketing Sales Rule.  Changes made to the Rule in 2010 prohibit companies that sell debt relief services over the telephone from charging fees before achieving the promised results.  In January 2012, at the FTC’s request, a federal district court froze the defendants’ assets and ordered the illegal conduct to stop, pending resolution of the case.

The FTC alleged that in contrast to what the defendants promised, consumers who signed up for the credit card debt consolidation service were merely given a list of banks and told to apply for low-interest credit cards on their own.  Those who signed up for the interest rate reduction were told they would have to pay an additional monthly fee to a different company that would work to obtain reduced monthly payments and interest rates, according to the Commission.  Also, the complaint alleged that in numerous cases consumers who sought the promised refund were denied.

Synstad agreed to a settlement with the FTC that bans him and his company from marketing debt relief services, and prohibits them from making any further misleading claims.  The proposed settlement imposes a $15 million judgment against Synstad and Premier Nationwide Corporation, which will be suspended due to their inability to pay when Synstad surrenders assets, including most of the proceeds from the sale a 2005 Mercedes and another vehicle, and when he and Premier relinquish money held in two payment processor reserve accounts.

If it is later determined that the financial information Synstad or Premier Savings gave the FTC was false, the full amount of their judgment will become due.  In addition to being banned from marketing debt relief services, the defendants are prohibited from making false or misleading claims about any good or service, and required to fully disclose any refund policies and provide competent and reliable evidence to support any claims.  They also are prohibited from violating the Telemarketing Sales Rule and from collecting payments from existing customers.

The FTC would like to thank the Arizona Attorney General’s Office for its assistance in the Premier Nationwide Corporation case.

Consumers looking for help with credit card debt should be wary of anyone who tells them to stop paying their bills, pay someone other than their creditors, or stop talking to their creditors.  Consumers should also be careful about paying for financial assistance before they receive it.  For consumer information about debt relief, tax relief, and mortgage assistance relief services, see Money Matters:  Debt Relief Services, Mortgage Assistance Relief Scams:  Another Potential Stress for Homeowners in Distress, and Tax Relief Companie­s – More Pain Than Gain?

The ban on advance fees under the Telemarketing Sales Rule protects all consumers who have enrolled in a debt relief service since October 27, 2010.  For more information about the advance fee ban see: Debt Relief Companies Prohibited From Collecting Advance Fees Under FTC Rule. For guidance to businesses on how to comply with the new Rule, see Debt Relief Services & the Telemarketing Sales Rule: A Guide for Business.

NOTE:  These consent decrees are for settlement purposes only and do not constitute an admission by the defendants that the law has been violated.  Consent decrees have the force of law when approved and signed by the District Court judge.