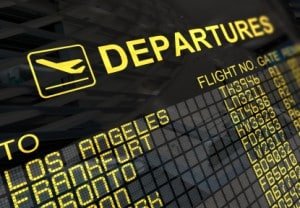 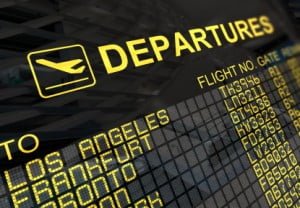 The airline industry expects a busy travel period this Thanksgiving holiday, according to a report from USA Today.

If you’re planning to take to the skies for Turkey Day or even the December holidays, try these three tips to save some cash on your airline ticket.

It may seem like a logistics hassle, but if you can possibly arrange a mid-week departure or return, doing so will definitely save you big bucks.

Flights are often far less costly for Tuesday or Wednesday departures as opposed to Monday or Friday flights.

Similarly flights returning on Sundays can often be costlier too. But do double-checking pricing for Sunday airfares, because you sometimes get a better airline deal for including a Saturday night stay in your travel plans.

These days, nabbing a $50 savings is a good discount for flying mid-week, and if you’re traveling with a family of, say, four people that price break just turned into $200 cash back in your wallet.

Yes, it’s a pain to have to get up super early for a ridiculously early flight. But the truth is that those early morning flights are a lot cheaper.

What you sacrifice in sleep, you’ll more than make up in money saved. Besides, you can sleep on the plane (or at least try)!

For those willing to take late night flights, such as red-eye flights if you’re going coast to coast, that travel flexibility can also score you airline bargains.

Knowing the right day to book is also crucial to getting a good airfare. The airlines are constantly changing their prices, based on demand, existing inventory, and a host of other factors.

Generally speaking, though, if you book on a Tuesday you’re more likely to nab a better airline fare. In fact, many air carriers, such as United, put out their list of upcoming deals for the week very late Monday or very early Tuesday.

Wednesdays can be good for finding good airline deals too.

But you’ll typically want to avoid booking travel on the weekends.

That’s when most people are home from school or work and have the time to hunt around online for airfares. The airlines know this, of course, so flights often cost more on the weekend.

But why should you pay extra bucks for the same seat just because you bought a ticket on a Sunday, say, as opposed to a Tuesday? Avoid this problem by booking early in the week.

I like to pull the trigger on airline deals on Tuesday – and so can you.

Want to be the first to know about special promotions, discounted airfares, or mileage deals? Then you’ll want to hop online and sign up for a variety of airlines’ email notifications.

How quickly you hear about travel a deal often depends on whether you’re signed up for an airline’s email alerts or you follow the company’s social networking sites.

For example, followers of JetBlue on Twitter know that the discount airline often uses social media to announce one-day fare sales and other specials.

These are just four quick ways you can save money on airfare. What other tricks do you use to slash travel costs when you’re flying? Sound off here.