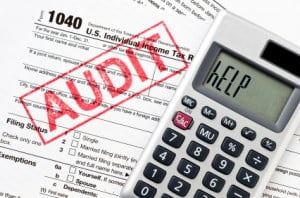 Shocking Tax Fact: Claim This One Tax Credit and The IRS Will Almost Certainly Audit You 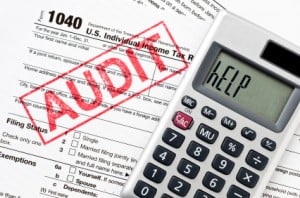 Most Americans dread the prospect of being audited by the IRS. But the truth is that IRS audits actually happen very rarely.

According to IRS data, only about 1% of the nation’s 150 million taxpayers get audited annually.

So the odds are pretty good that you won’t face an IRS audit in any given year.

But those odds change – dramatically and shockingly – for some taxpayers, and most of these people probably never suspect that they’re raising red flags for the IRS until they hire professionals like this dublin Auditor team.

Who are these people?

They’re individuals and couples who adopted a child and have claimed the adoption tax credit on IRS Form 8839, Qualified Adoption Expenses.

According to Taxpayer Advocate Nina Olson, who just issued a 2012 Annual Report to Congress, among taxpayers who claimed the adoption tax credit, about seven out of 10 them – 69% to be exact – were audited during the 2012 tax-filing season.

Furthermore, a whopping 90% of returns claiming the adoption credit in 2012 were flagged for additional IRS review to determine if a full-blown audit was necessary.

Why Adoption Is a Big Red Flag for the IRS

So why the huge focus on these taxpayers who have adopted kids, especially when the IRS only audits a tiny fraction of all other returns?

For starters, the adoption credit is what’s known as a “refundable” credit – meaning this tax credit can not only lower a taxpayer’s bill, it can also be given back to the taxpayer in the form of a nice, big check.

And the adoption tax credit nets the average taxpayer an income tax refund amount of more than $15,000. These same taxpayers have a median income of about $64,000, according to Olson. So that’s about one-fourth of their taxable income.

What all this means is that the adoption credit is terribly complicated for people to claim — and equally complex for IRS staff to understand and properly interpret.

Finally, the IRS uses certain income filters to help it decide whom to audit, causing many of these adoptive parents to get caught in the IRS’s crosshairs.

In responding to Olson’s report, the IRS explained its actions by saying: “Our experiences and lessons learned from other refundable credits taught us that high dollar credits have high risk and the potential for fraud.”

“We must ensure delivery of the credit to those entitled while protecting the government’s interest in minimizing exposure to fraud,” the agency added.

Despite the IRS devoting so much effort to preventing adoption-related tax fraud, Olson says the agency is mostly wasting time, money and resources by vigorously scrutinizing those who claim the adoption tax credit.

The Taxpayer Advocate noted that the IRS gets only a small “payoff” in pursuing these cases. For instance, as of mid-November, the IRS had denied only about 1.5% percent of the adoption credit amounts claimed in tax year 2011.

Again, to reiterate, the likelihood of most people being audited by the IRS is actually quite small.

For example, according to IRS statistics, in 2011:

And since 70% of all taxpayers have an adjusted gross income of $57,000 or less, your chances of being audited are indeed pretty slim.

But for those of you who have adopted kids, a little background may further explain why your risk of an audit is ridiculously high — and far, far greater than everyone else’s.

A Brief Primer on the Adoption Tax Credit

Lawmakers created the adoption tax credit in 1996 to encourage adoption and to help low and middle-income families help offset the high cost of adopting needy kids.

More than a decade later, The Patient Protection and Affordable Care Act increased the maximum credit amount under IRS guidelines, and the law also made the adoption tax credit fully refundable for 2010 and 2011.

These changes ultimately prompted the IRS to adopt its own measures – namely tougher compliance strategies in a bid to prevent potentially fraudulent claims.

In the 2012 tax season, income and a lack of documentation were the most common reasons the IRS audited the tax returns of those claiming the adoption credit.

It probably doesn’t help that people who claim an adoption tax credit can’t use electronic filing. Instead, when they submit their 1040 forms, they must file a paper return – something that some experts say can trigger higher IRS audit rates.

But even taxpayers who typically e-file have no choice in the matter. That’s because the IRS requires paper documentation on Form 8839, Qualified Adoption Expenses.

Finally, there is at least some good news if you face an IRS audit due to the adoption tax credit.

Not only has the IRS disallowed only a small amount of adoption credit amounts (just 1.5% in 2011), but of all the completed adoption tax credit audits, over 55% ended with no change in the tax owed or refund due in fiscal year 2012.

And even though the average IRS audit took four months for those claiming qualified adoption expenses, if you’re legitimately expecting a $15,000 refund check, I’d say stand your ground and claim every dollar to which you are legally entitled.