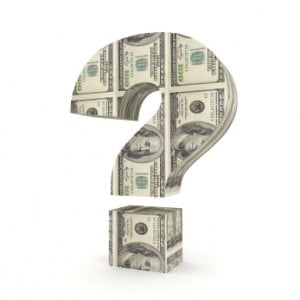 How The New Fiscal Cliff Deal Impacts Your Wallet 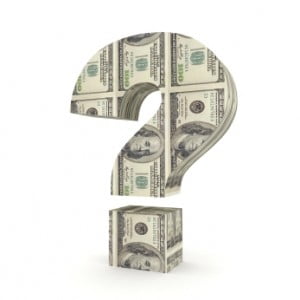 It took forever, or at least it felt that way because it was 518 long days in the making.

But now that Congress has finally struck a deal on the nation’s fiscal cliff, here’s what the legislation – also known as The American Taxpayer Relief Act of 2012 – includes and what it means for your finances in 2013 and beyond.

Under the bi-partisan agreement reached by legislators, tax rates will remain the same for all but the wealthiest Americans.

Had Congress failed to act, the typical U.S. household earning about $50,000 annually would have seen federal income taxes rise by about $2,000.

In 2011 and 2012, your take home pay was larger – whether or not you realized it – because of a 2% cut in Social Security payroll taxes. This was a temporary measure that was meant to stimulate spending.

Amid the fiscal cliff talks, however, neither Democrats nor Republicans pushed to extend the so-called “payroll tax holiday.”

For the average American making $50,000 a year, the payroll tax cut worked out to a tax break of about $960 annually. Now that’s gone.

The “fiscal cliff” legislation also extends for one year long-term jobless benefits that were set to expire.

Without this new deal, out-of-work Americans would have seen their unemployment checks slashed to just 26 weeks of compensation, compared with the 99 weeks worth of maximum unemployment benefits that are now available.

For entrepreneurs, as well as individual taxpayers and middle-class families, the fiscal cliff deal provides long-lasting tax relief in a number of ways.

Tax credits will be renewed for:

For individuals and families, the specific, expanded tax credits involved are the American Opportunity Tax Credit, the Child Tax Credit and the Earned Income Tax Credit – each of which are maintained for 5 more years.

Additionally, and very significantly, lawmakers put in place a permanent fix for the AMT, or the Alternative Minimum Tax.

The AMT was originally designed to make sure the wealthy pay their fair share of taxes. But over the years, the tax has ensnared even middle class Americans.

Now, instead of letting the AMT languish as a perennial issue that needs to be addressed by lawmakers, Congress voted to permanently adjust AMT for inflation – helping to get rid of this tax once and for all, and making sure middle-class folks don’t get hit with this onerous tax.

Other Tax Changes for the Wealthy

Other issues outlined in American Taxpayer Relief Act of 2012 include:

Despite getting this legislation passed, Congress and President Barack Obama have a few more battles ahead in the next few months.

For starters, the automatic spending cuts – also called “the sequester” – that were to take effect Jan. 1, 2013 have been delayed for two months.

Those spending cuts would have impacted more than 1,000 programs, including massive cuts to Medicare, the defense budget and education. Elected officials will have to decide which spending cuts to make, where, and how deep those cuts will run.

Additionally, Congress and President Obama will have to agree on the debt ceiling, and how to best address the country’s current $16.4 trillion debt limit. The United States on Dec. 31, 2012 officially hit the debt ceiling, reaching its borrowing limit.

But the country will still be able to pay its bills for roughly 60 days through a series of “extraordinary measures” announced by Treasury Secretary Timothy Geithner. Those moves would give federal officials about $200 billion and buy about two months’ time while lawmakers finalize a deal over the debt ceiling.

The government is also due to come up with a budget – something lawmakers have yet to do. Without a deal by March 27, 2013, the U.S. could face a temporary shutdown of some government operations.