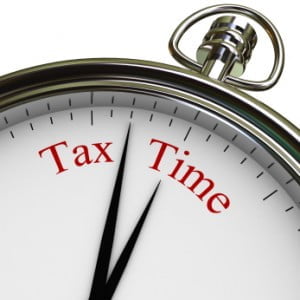 IRS Delays Tax Filing Season: Here’s When You Can File Your 2012 Tax Return 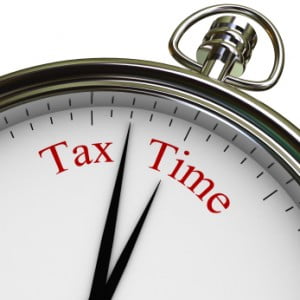 The IRS has is pushing back the start of the tax-filing season – thanks to Congressional delays regarding passage of “fiscal cliff” legislation.

According to the IRS, no taxpayer returns will be processed before Jan. 30, 2013, which is now the official launch of the tax-filing season.

But the rest of the country’s taxpayers will have to wait until late February or even early March to file their 1040 income tax forms.

The IRS had originally hoped to begin accepting 1040 forms for all taxpayers on January 22, 2013.

But the agency was forced to delay the tax season because it took Congress until Jan. 1, 2013 to pass the fiscal cliff bill, which is officially known as the American Taxpayer Relief Act.

Numerous tax changes were included the Act, and now the IRS needs time to update forms and instructions, program its computers, and do the necessary testing of its processing systems.

“We have worked hard to open tax season as soon as possible,” IRS Acting Commissioner Steven T. Miller said. “This date ensures we have the time we need to update and test our processing systems.”

Who Can File in Late January

If you’re expecting a big tax refund, you might be tempted to file your return even before the Jan. 30th opening date.

You won’t be putting yourself “in the queue” so to speak, nor will you get any advantage to sending in a paper return early. Plus, the IRS says it won’t even touch those returns until Jan. 30th.

At that point, “the best option for taxpayers is to file electronically,” Miller said.

That’s because e-filing your tax returns gets it processed much more quickly and – along with direct deposit – gets your tax refund check faster filing a paper return, Miller noted.

Little wonder, then, that more than 80% of taxpayers filed electronically last year.

But how do you know if you can you file your 2012 income tax return on January 30th — especially if you’re anticipating a juicy tax refund check?

The IRS says the following people can file starting in late January:

–       Those who only itemize common personal deductions, such as mortgage interest; property taxes, or state and local taxes

–       People impacted by the Alternative Minimum Tax, or AMT

All of these categories were amended, extended or updated in the recent fiscal cliff bill.

Who Must File In Late February or Early March

Taxpayers who are claiming certain less-common tax credits and various deductions have to wait until later in the tax-filing season to turn in their 1040 forms.

That may be fine for many of these taxpayers, since the bulk of them usually have more complex returns and thus tend to file closer to the April 15th deadline anyway. Some even get six-month extensions to file their tax returns on or before October 15th.

So you’ll need to wait to file if you plan to claim the following:

Small business owners, therefore, will likely have to file later in the tax-filing season since entrepreneurs are among the taxpayers more likely to claim these types of credits.

There are also a slew of other more complicated tax forms that won’t be accepted by the IRS until later.

If you plan to claim any of the following credits, or to submit any of these forms with your 1040, you too will have to wait to file your taxes:

Exactly when people seeking these tax credits will be able to file their 2012 income tax returns has not yet been determined. The IRS says it will make another announcement about a specific date later in the tax-filing season.

One final note: just because the IRS has delayed the start of the tax season doesn’t mean it’s changing the main tax deadline: April 15, 2013.

That tax deadline remains in effect and if you can’t meet it for any reason, be sure to request a filing extension to avoid any problems with Uncle Sam.