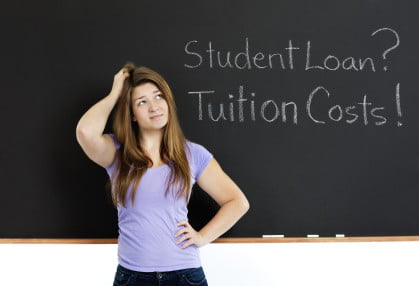 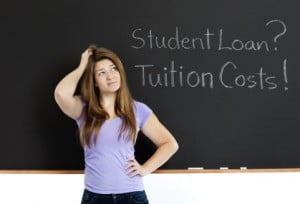 When you get a federal student loan deferment or forbearance, it’s a way for the government to allow you to temporarily postpone making repayments on your student loans, or to alter the terms of your debt repayment schedule.

Any period where you have a deferment or forbearance doesn’t count towards the maximum length of time that you have to repay your loans. A deferment, in essence, is that period of time when the repayment on your principal balance of your student loan is temporarily postponed. You have to meet certain government requirements.

During that deferment period, the federal government actually pays the interest on subsidized loans. That’s a plus for those of you who don’t want that interest to keep accruing and adding to the principal amount of the loans that you owe.

If you’ve got unsubsidized loans, however, or PLUS loans  Parent Loans for Undergraduate Students), you have to pay the interest that accrues during your deferment period.

Don’t get into a deferment without being fully aware of what your financial obligations are going to be. That interest is going to accrue if you have those unsubsidized loans or those PLUS loans. The interest accrues during your deferment, or it may be capitalized. That means your lender adds the accrued interest to your principal balance, and then you ultimately have to pay the entire amount.

To get a deferment, you have to be enrolled at least half time as a college student in some eligible institution of higher education. An “eligible” school is an institution that’s approved to participate in the Department of Education’s Federal Student Aid program.

If you’re in a graduate fellowship program or you’re in some kind of approved training program for the disabled, again, you qualify for a deferment.

People who are in the National Guard or some other reserve element of the U.S. armed forces — they too can qualify for deferments, particularly when you’ve been called or ordered to active duty and you’re still enrolled at least half time in school.

Lastly, if you’re a borrower who is on active duty in war ‑‑ let’s say you’re overseas, you’re in some foreign country, or participating in a military operation or some kind of national emergency ‑‑ then you also qualify for a deferment.

Getting a Student Loan Forbearance

Those who aren’t eligible for deferments shouldn’t lose hope because even if you don’t qualify for a deferent, and you can’t get your student loan payments temporarily postponed that way, you might qualify for a forbearance.

With a forbearance, though, remember ‑‑ unlike a student loan deferment — you are responsible for paying all the interest that accrues on those loans during your forbearance period. That includes those who have subsidized loans.

Once you start making your payments at the end of the forbearance period, any of that unpaid interest that might have accrued along the way will ultimately get capitalized and added to your principal balance. So you will have to pay that interest sooner or later.

It’s also not just an automatic thing for you to get a deferment or forbearance. You have to actually reach out to your loan holder or your loan servicer and apply for one. You have to formally request it.

Don’t just think that they know if you’re, say, overseas or if you’ve told them, “Yes, I’m at least half time in school.” You still have to formally ask for a deferment or forbearance.

But getting some payment relief, in the form of a deferment or forbearance, can really can be of help to those of you who might be struggling or just flat out unable to make your federal student loan payments.