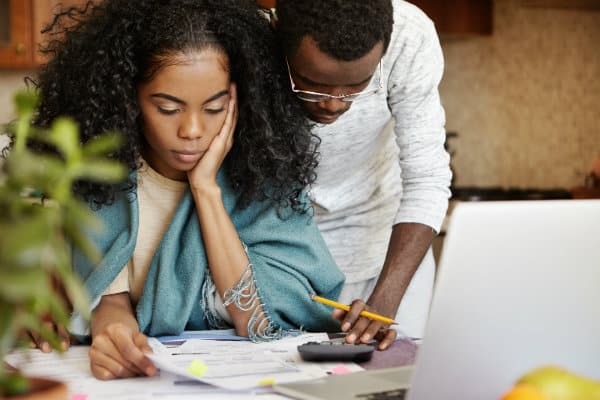 President Donald Trump and the Republican Party are trying to rush a massive tax “reform” plan through Congress with as little as possible public hearings on the matter.

It’s little wonder that the GOP doesn’t want too much scrutiny into this misguided, unfair tax proposal, because this tax plan – which the House has already passed and the Senate is now considering – is really nothing more than a major tax cut for the rich that will further exacerbate income and wealth inequality in the United States.

Here are 5 horrible things about the GOP tax plan – and a quick look at how it would benefit corporations and America’s ultra wealthy citizens at the expense of the poor and the middle class.

Republicans keep proclaiming that this tax plan will help working families but a close look at the so-called benefits reveals something very different.

The House bill actually “sunsets” tax breaks for people by the year 2026. In other words, tax cuts for individuals and families don’t continue, and will expire.

As a result the non-partisan Joint Committee on Taxation says the tax bill will ultimately raise – not lower – the average tax rate for all Americans making under $75,000 by the year 2027.

Meanwhile, under the GOP plan, tax cuts for corporations are permanent.

The House bill slashes the top tax rate that large companies pay from 35 percent to 20 percent. That’s the single-largest tax reduction for business in American history.

For generations, the Republican Party has decried what they called “runaway” spending in Washington and massive budget deficits. But under the present tax bill, Republicans are willing to add a whopping $1.5 trillion to the deficit over the next decade.

How will average American families be impacted by the medium or long-term impact of skyrocketing budget deficits?

Most likely, the same Republicans who want to now pass this tax legislation will later claim the deficit is too high and that Congress needs to cut spending on things like education and Medicare.

The individual mandate is the requirement in the Affordable Care Act for people to buy health insurance.

By repealing this mandate, 13 million Americans will lose health coverage, the Congressional Budget Office estimates. This will ultimately drive up health insurance premiums by 10% for those who keep their coverage, the CBO says.

If you itemize your tax deductions (and 30% of tax filers do), you can kiss nearly all of them goodbye, with the exception of three tax breaks.

The House bill maintains the mortgage interest deduction, but caps it at $500,000 home loans instead of the present $1 million limit.

And it keeps deductions for charity donations, a perk for all taxpayers who give to charity, but especially the wealthy who can afford to contribute larger sums.

Meantime, middle-income families who itemize things like student loan interest payments or deductions for big medical expenses will no longer be able to do so.

Also, for those who live in high-cost states – such as New York, New Jersey and California – the reduced ability to deduct state and local taxes will hurt.

The estate tax affects only the uber wealthy, just 0.2 percent of households who pass along more than $5.5 million in assets to their heirs.

Under the House bill, the estate tax level would double to $11 million in 2018 and then would be eliminated entirely in 2024.

This repeal of the estate tax is one reason an NBC News analysis found that the GOP tax bill would save Trump and his family more than $1 billion. Good for them, I suppose, but not so good for the rest of us who aren’t in the 1%.